Towards prototyping: our fourth consortium meeting

Towards prototyping: our fourth consortium meeting

Between 15 and 18 October the whole Cities-4-People consortium met in Trikala to recap any progress made up to that moment and discuss the steps forward. Can you imagine that we are already midway in the project? Time flies!

Reaching Trikala was a small adventure in itself for all the partners. Definitely fitting a project about mobility, Trikala requires international visitors to experience several transportation means to be able to reach their destinations. Some of us combined the flight with a car rental and opted for car sharing, picking up other consortium members at the airport. Some others took a bus from Athens to Trikala. Some others decided to try their luck with the train, finding out that the stereotypes do not always hold true: there were no delays and connections turned out to be easy and good! Not surprisingly, nobody dared to walk or cycle. Some of us arrived in the evening, some other arrived very late at night. Everyone, though, had to take into account at least one day of travelling for just one way.

The first two days of the meeting were devoted to the second part of the methodology workshop that we had started in Bergen aan Zee last January. Building on the discussions about what a Citizen Mobility Lab is and on the practical experience gathered during 17 months of project implementation, we discussed about prototyping and piloting. What sounds easy in theory takes up a lot of time in practice and language is not neutral as it may sometimes seem: what is a prototype to you? Is it a physical object? Is it a map co-created with the help of cyclists to identify the spots that should be dedicated to new bike parking slots or is it an actual bike parking slot replacing the car slot that used to be there? When does the prototype become a pilot? How long does a pilot need to be? We took time to try and answer these and many other questions. We also spent hours thinking of the actual prototypes that will be developed in the pilot areas, especially considering the time constraints we will have. We were left with some open issues and with several good ideas. 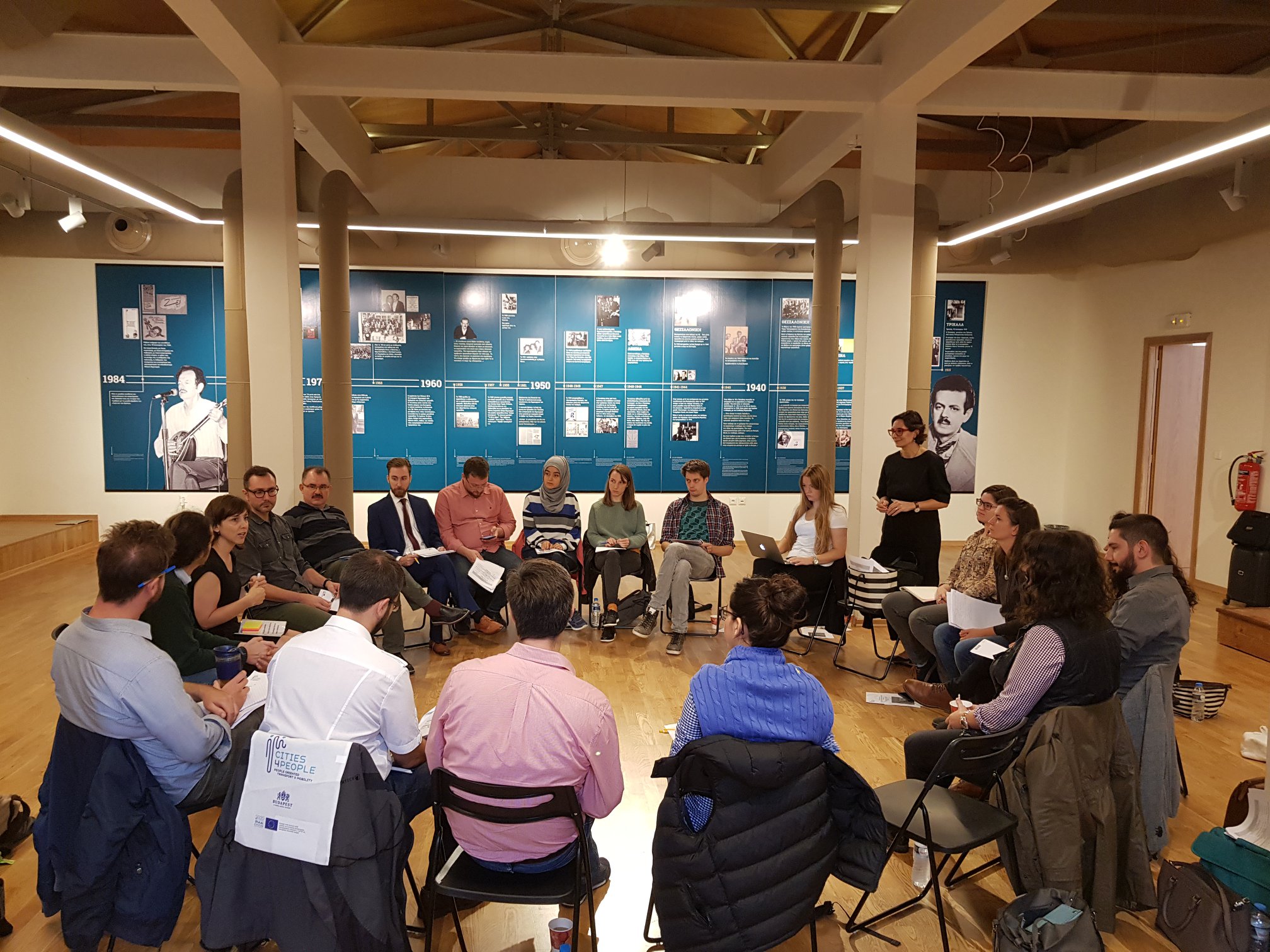 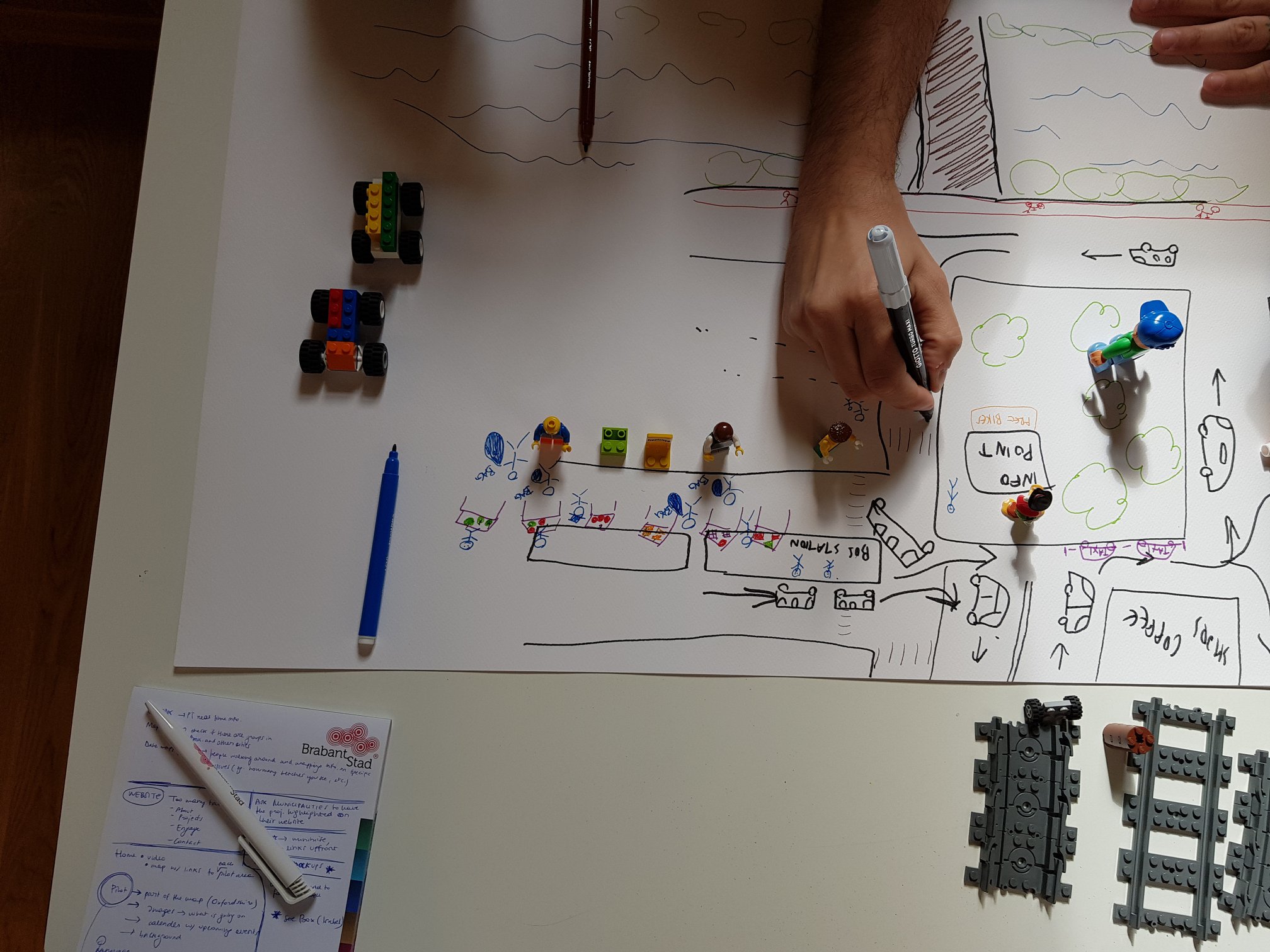 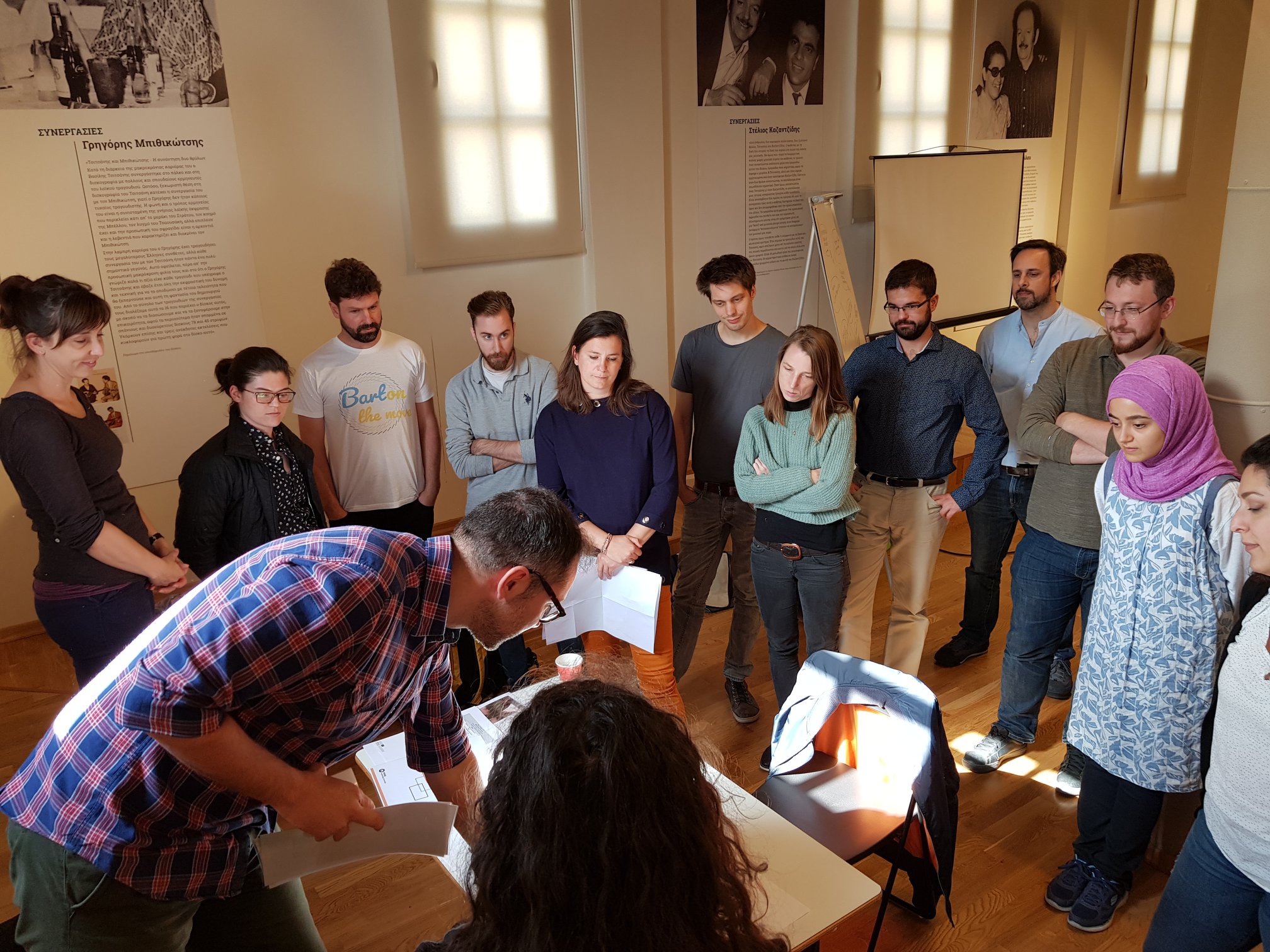 After talking methodology and approach, we used two days, 17 and 18 October, to discuss the progress done in the previous semester and agree on the best way forward. We also went on a field trip, first wondering at the marvels of the Meteora, then observing the actual pilot area in Trikala. The former (the Meteora) is a peculiar rock formation hosting one of the largest complexes of Eastern Orthodox monasteries that benefit from an astonishing view. The latter (the pilot area) comprises the central square of Trikala and the neighbouring streets, where the market is regularly held. How will it change? The answer to this question is getting more and more concrete. In the next months, we will ask our communities to gather again and again in order to make the selected concepts for the urban mobility interventions reality. Needless to say, keep coming back to the website to follow the developments. Things are getting exciting! 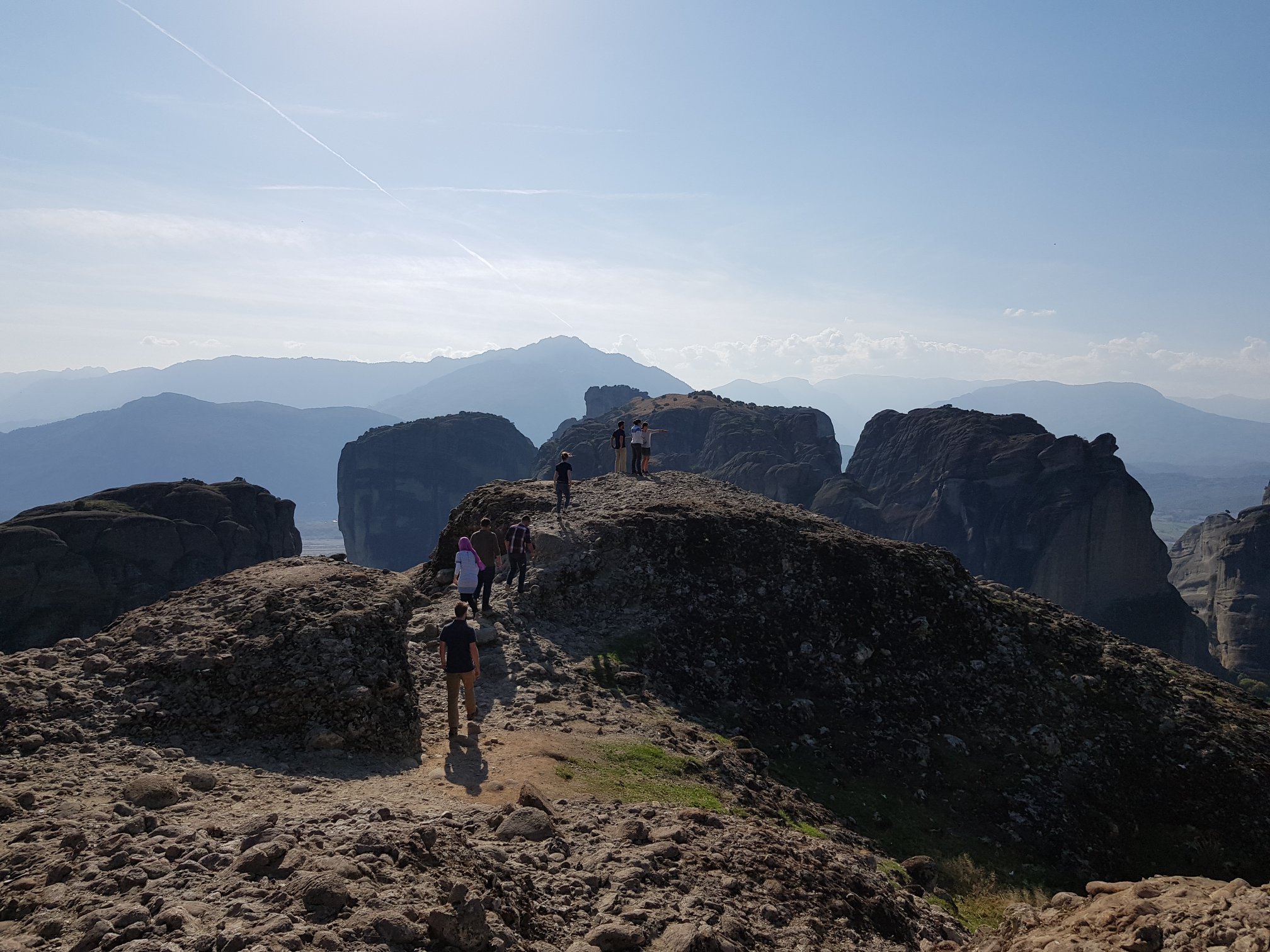 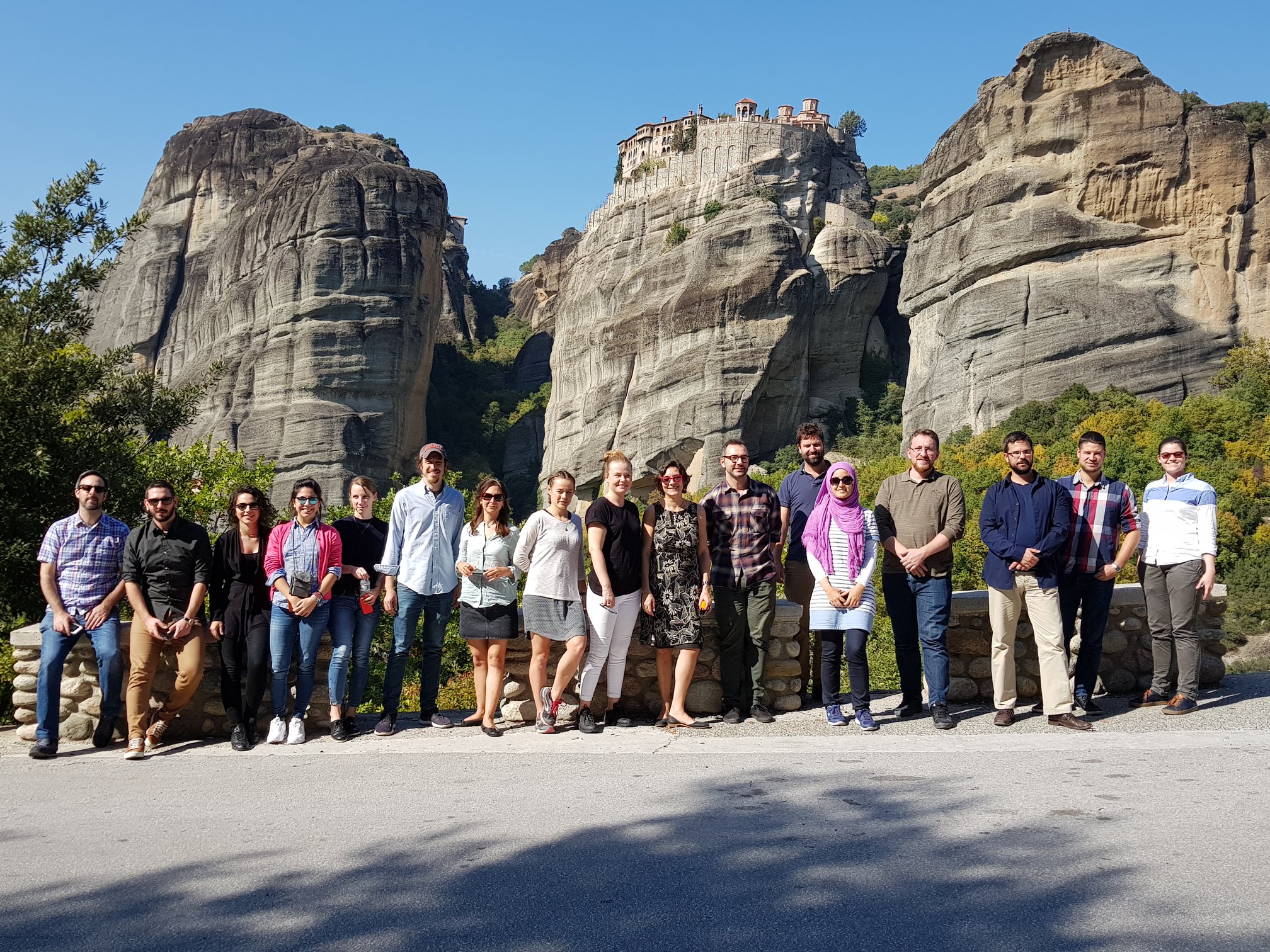 You can see all a visual summary of our meeting here.