In Oxfordshire, current infrastructure and network cannot accommodate the high volumes of cars, causing traffic congestion. Despite that fact, there seems to be a lack of alternative options that are affordable, with e-bikes and walking being also hampered due to poor infrastructure. As a response to these issues, Oxfordshire came up with three prototype solutions, from offering demand-responsive-transport services to supermarkets and awareness-raising activities, to helping people get acquainted with mobile applications for mobility services.

As the name indicates, this service moves people from Barton – a place known as a food desert – to supermarkets. The service is built on the lessons-learnt from the first round of prototyping, incorporating the most desirable supermarkets (Aldi and Tesco) at the most desirable time: Monday mornings. Two district minibuses pick-up passengers from the

Barton Neighbourhood Center and leaves them at the respective supermarkets for 1 hour to 1 hour and 15 minutes. Passengers are then returned to their doorstep in Barton with their shopping.

Results have shown that out of the roughly 200 people who took the journeys on the service, 87,75% were female, 12,25 male, and approximately 25% were facing disabilities. Also, and importantly, results show that there is an increasing popularity for such services, with the Oxfordshire’s county council organising stakeholder meetings to investigate how they can maintain service continuity. 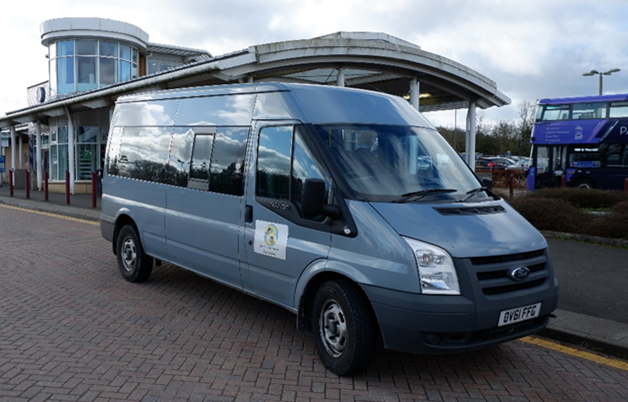