A Citizen Mobility Lab for Altona: pop-up launch at the Climate Workshop

A Citizen Mobility Lab for Altona: pop-up launch at the Climate Workshop

On March, 28th the Cities-4-People Hamburg team participated in the Altona Climate Protection Plan with the newly set-up Citizen Mobility Lab. The Lab’s aim fit nicely in the overall goal of the Climate Protection Plan, which is developing local approaches that can reduce greenhouse gases and resource consumption in Altona. Differently from the Labs in Budapest and Trikala, the Hamburg Lab is a pop-up space that taps into other relevant initiatives and events to engage the respective communities.

The “Klimawerkstatt” (climate workshop) event kicked off at 6 p.m. with neighbourhood initiatives, community businesses, administration departments and projects like ours sharing their work.
After an official welcoming by local authorities (Jan Gerbitz – ZEBAU, Liane Melzer – District Director, Frank Toussaint – Chairman of the district assembly, and Birgit Schiffmann – Climate Action, Environment Agency), participants could choose one of the stands to join and discuss problems and solutions.

Representatives of the Hafencity University Hamburg and of the District Office of Altona (our two project partners for Germany) engaged participants in the Klimawerkstatt and gathered suggestions about and wishes for the future of mobility in Hamburg. They did so first using a game that required the players to compile and solve their own individual traffic scenario. The initial doubts on how the game would have been received by a grown-up audience quickly vanished as the audience’s interest steadily increased and everyone got more and more in a puzzle-solving mindset. After the game and the official introduction, a lively debate developed around the Cities-4-People table, in which controversial aspects of traffic and transportation were discussed through the world café method focusing on concrete questions specific to the district of Altona. 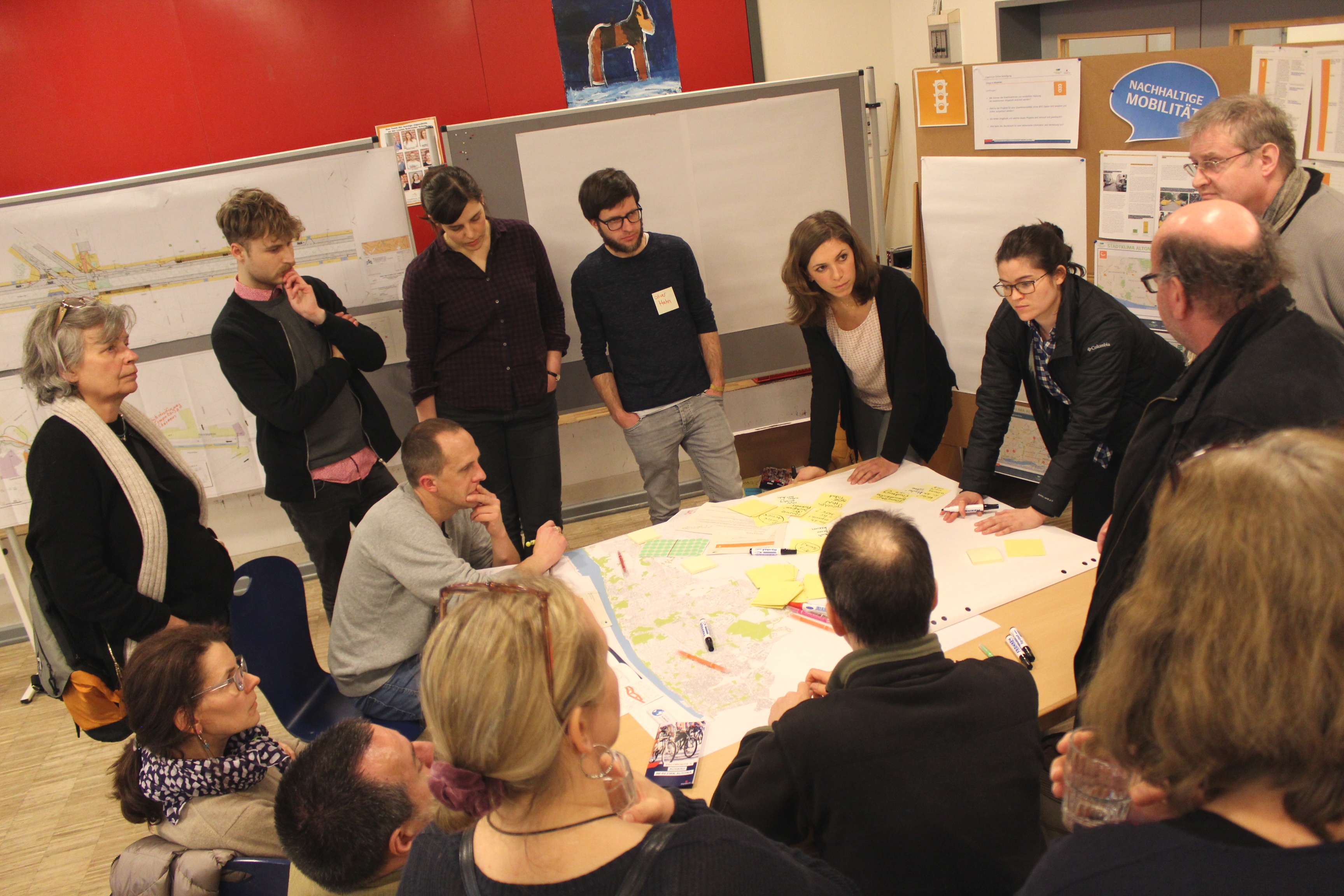 The evening was closed by a summary of results from the debates of each table which were presented and brought together by the moderators. The event proved constructive, informative and showed how keen citizens are to explore and participate in sustainable urban design and lifestyle.

Further information, pictures of the event, the presentation as well as the documentation of the event are available for download. 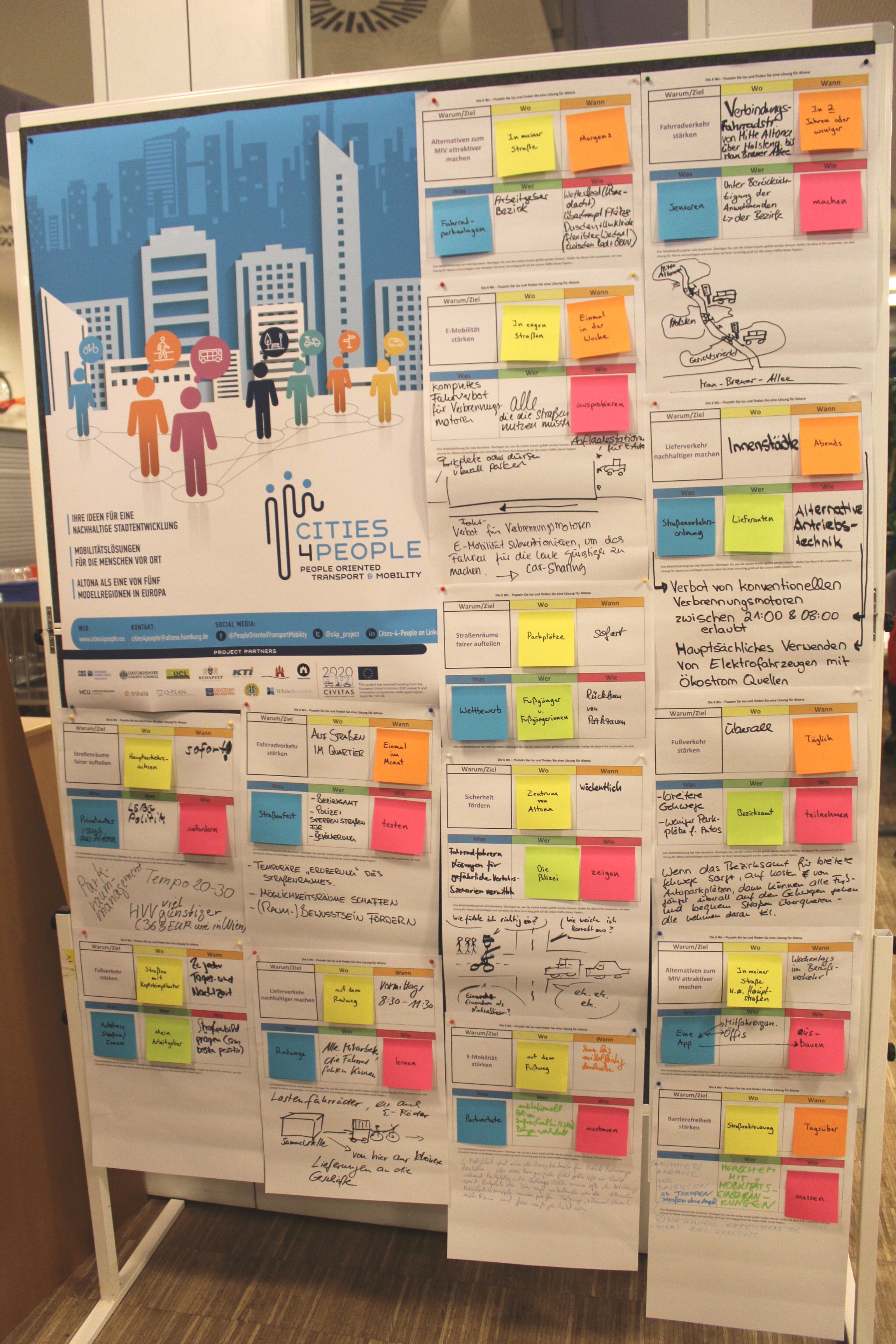