DumaPart #2: the second Citizen Mobility Lab session on the road

DumaPart #2: the second Citizen Mobility Lab session on the road

Do you remember our first roadshow in Budapest? The second one took place not too long ago, on the 5 and 6 June 2018. Once again the aim was to involve a wide public, make people familiar with the project and allow them to express their view about local mobility challenges and solutions by means of short co-creation exercises.

This second session on the road took place in the Batthyány square, a crowded traffic node that made it easier for our team to engage passers-by and gather ideas from them: more than 50 questionnaires were collected regarding people’s opinions on possible interventions for the square and several suggestions were shared in an ad-hoc idea box or written on a post-it and stuck on a printed-out map of the square. 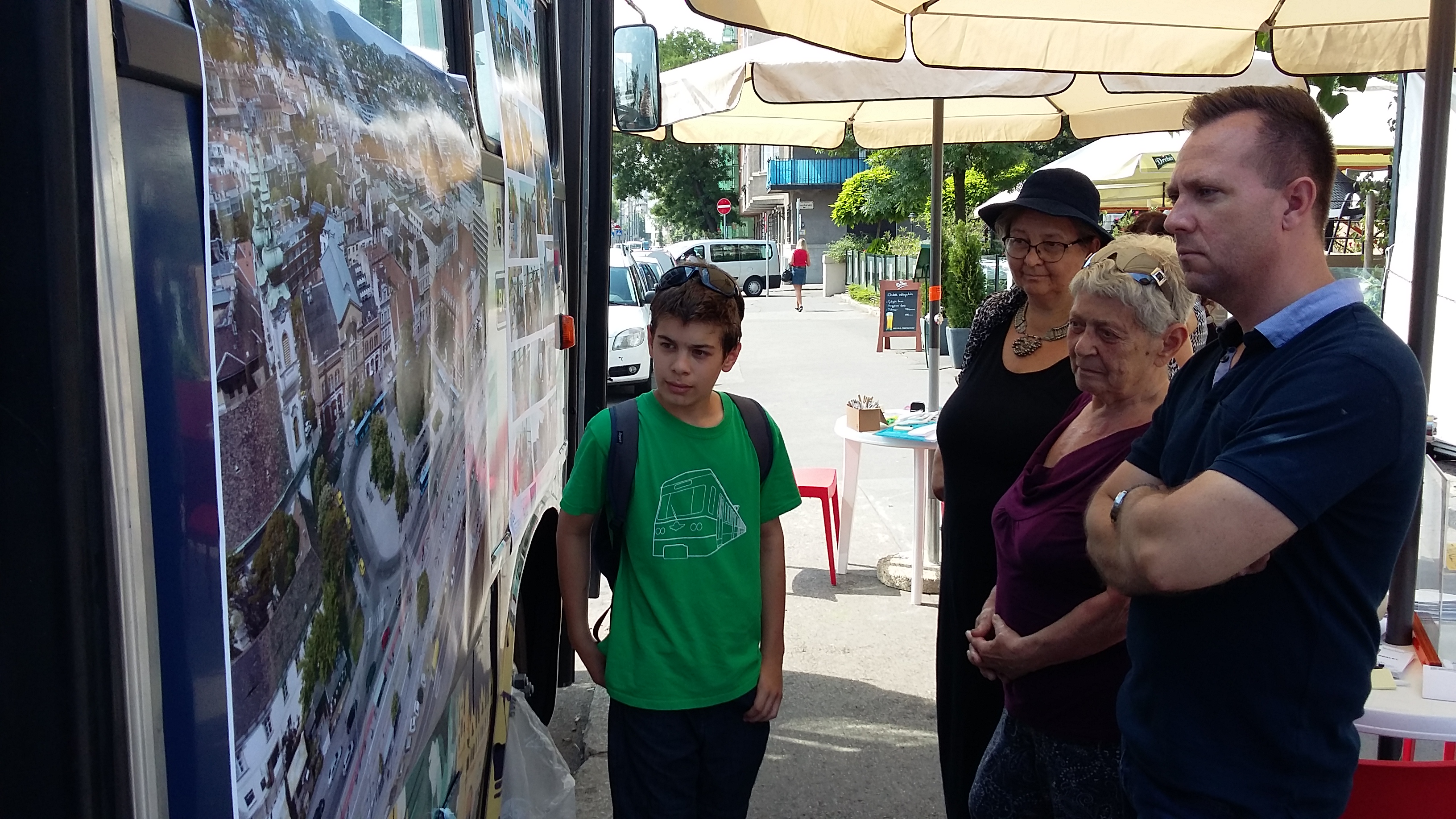 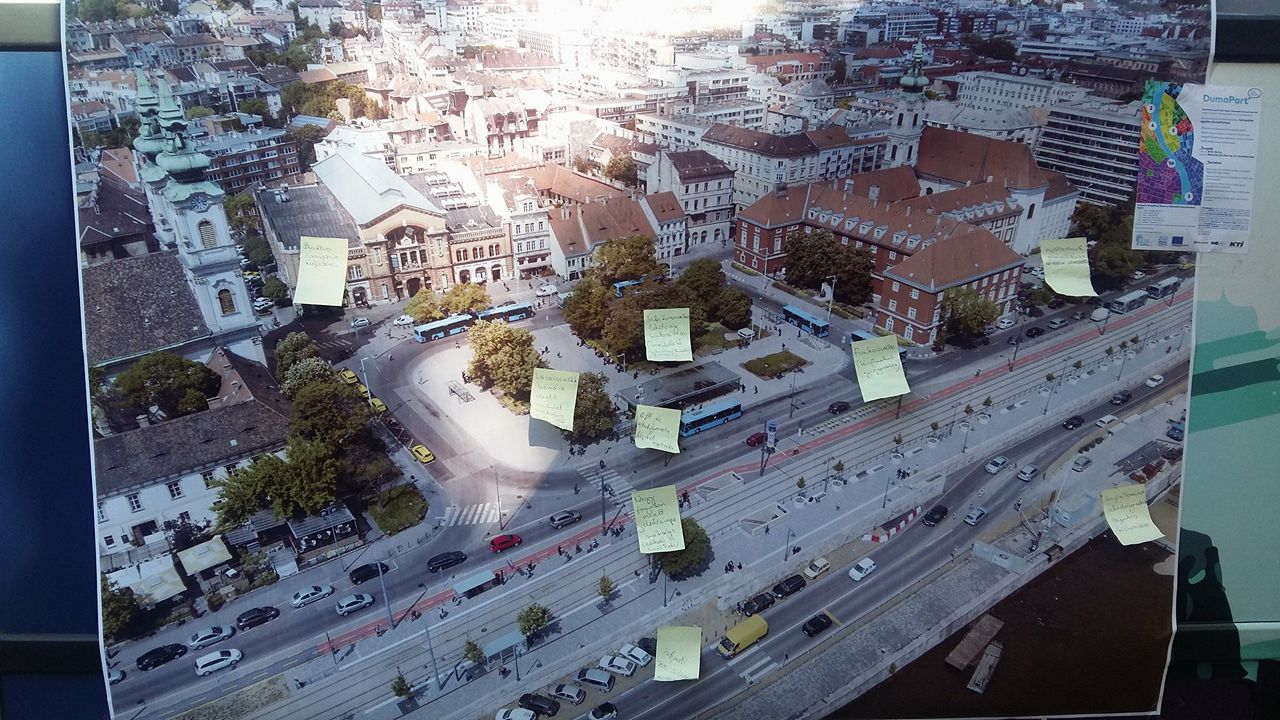 During the two days, people had the chance to try out e-bikes (Pedelec) provided by the Szélessáv Foundation and to test several co-creative tools, while engaging in informal (and informative) discussions with invited experts from the mobility sector, including: 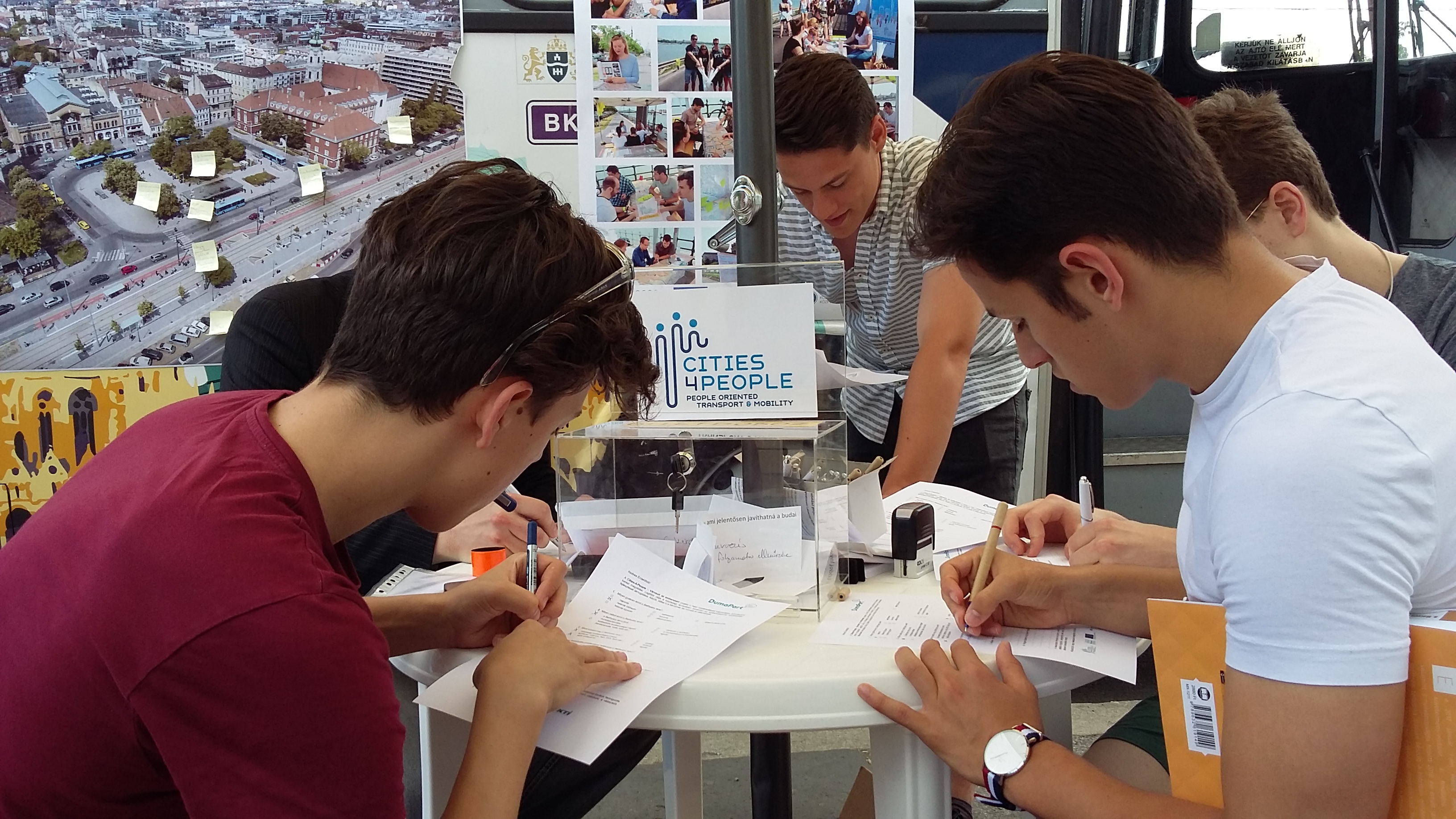 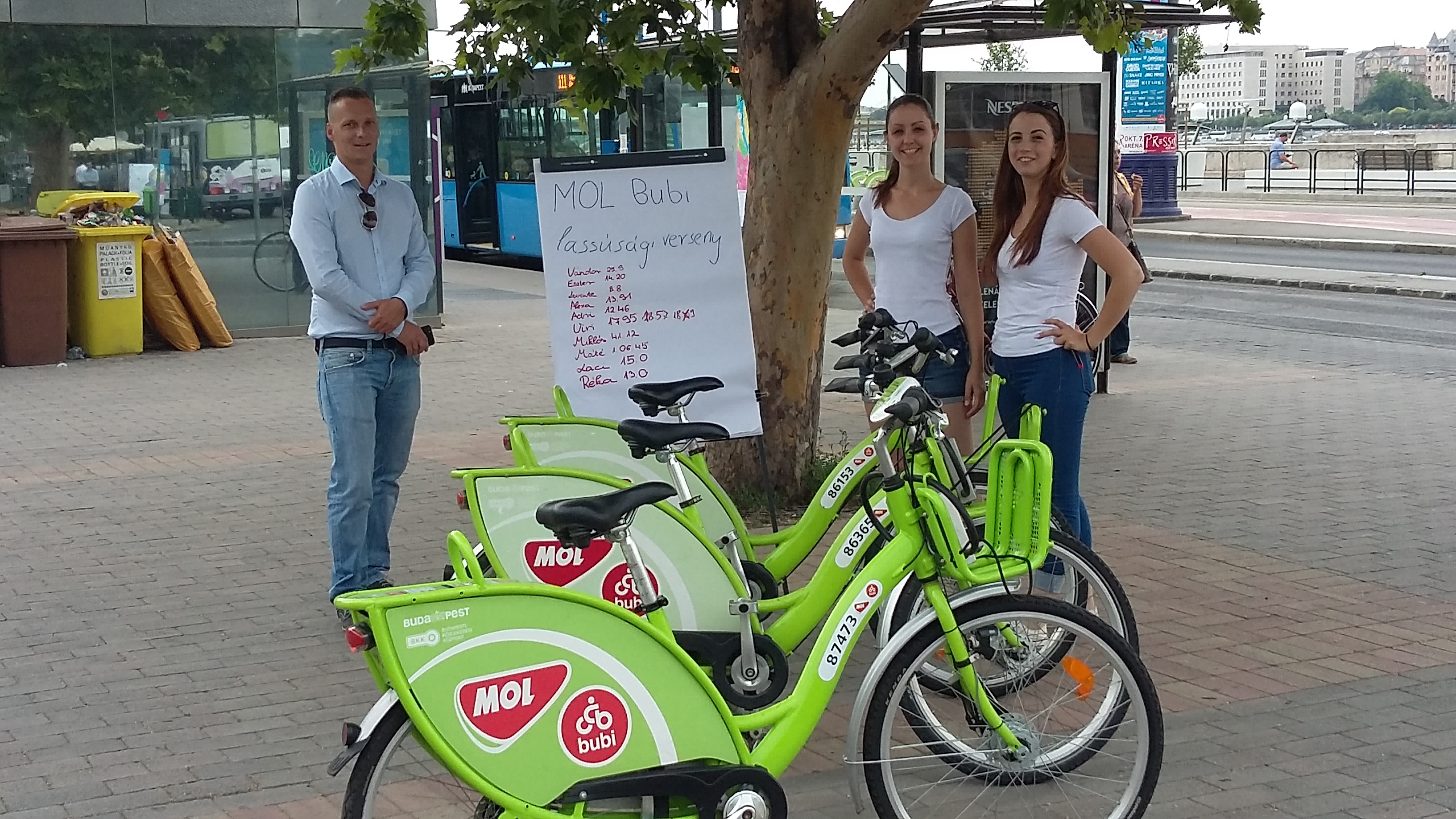 Important input was gathered by the Budapest team during this second session of the DumaPart. On one hand, the input gathered from citizens shed light on some of the most pressing problems in the area – from mobility ones (poor infrastructure of bicycle paths and sidewalks, lack of bus connections) to social ones (high number of homeless people, amount of dirt and garbage and lack of green spaces). On the other hand, it hinted at a future vision of a cleaner, greener square, filled with recreational infrastructure (benches, sunbeds, a fountain, a statue) and providing a better integration of different transportation means. The best way to achieve that vision remains to be defined, but the foundations have been laid.