From ideas to concepts: an Hackday for Trikala

Home Event From ideas to concepts: an Hackday for Trikala

From ideas to concepts: an Hackday for Trikala

Following up on the Presentation Day, an Hackday per pilot area was organised over the summer. On 29 June 2018 it was Trikala’s turn. Between 6:30 and 9:30 p.m. participants gathered at the Matsopoulos Mill. The location had several advantages: it is very well known by Trikala’s citizens because it is a place where many municipal events and fairs are organised; it is easily accessible by everyone – pedestrians, cyclists, car drivers, and people with disabilities; it enabled invitees and organisers to enjoy the outside weather in a picturesque setting within a city park, thus offering an inspiring environment; last, but not least, since it attracts many locals, especially when the weather is good, it allowed the organisers to attract some passers-by and involve them in the discussion.

Overall 21 people attended, including 3 on wheelchairs, 2 children, 2 public transport employees, 1 municipal employee, 1 start-up entrepreneur, 4 planners and engineers and 6 representatives of civil society. This mixed group contributed to add some new ideas to those that had been collected during previous events, but also helped make people without mobility problems more aware of the huge challenges faced by people with mobility problems, especially those with disabilities (for instance, those participants who were constrained to using a wheelchair). 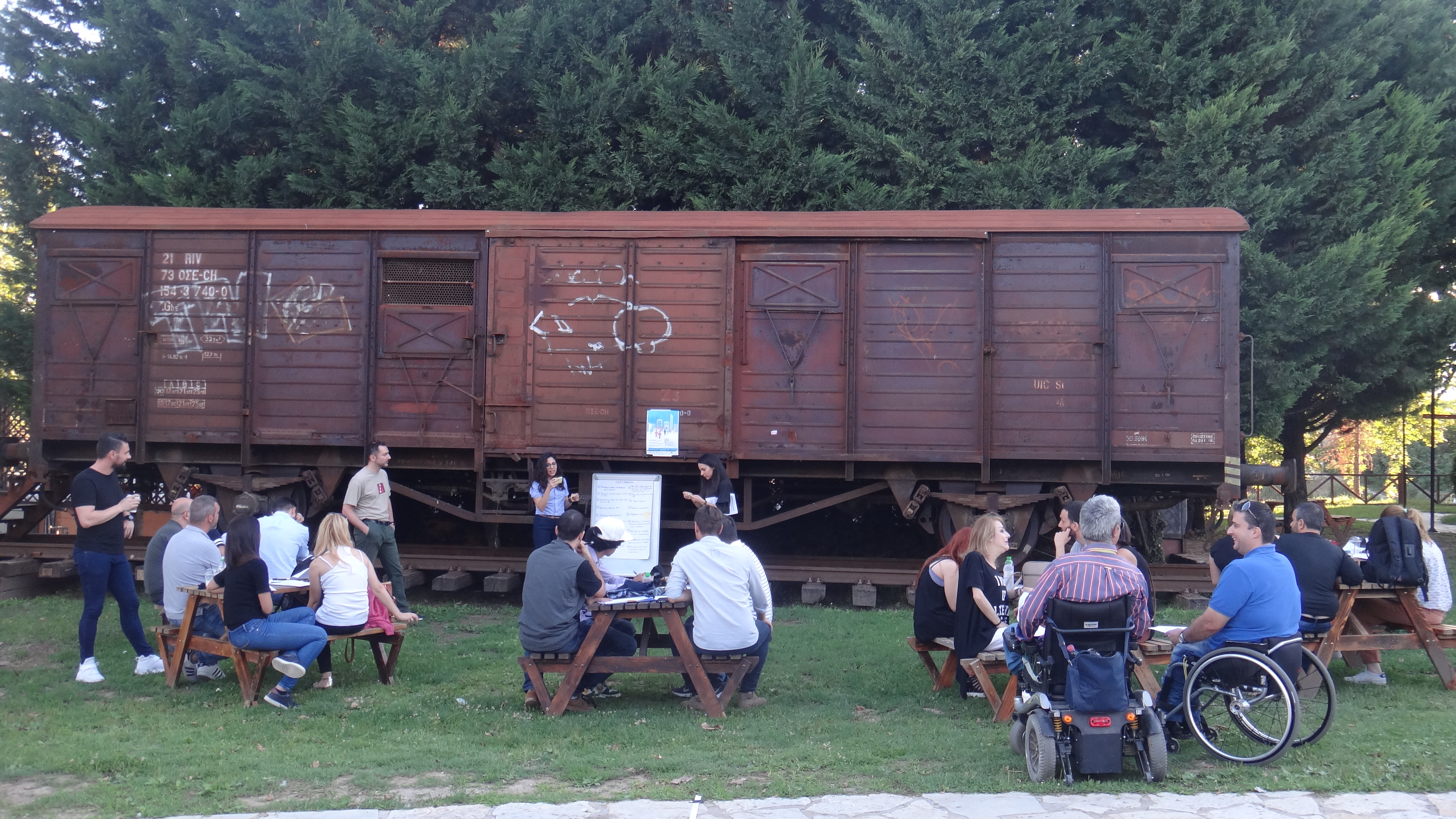 The evening was structured around different co-creation activities: it started out with an ice-breaking exercise called the Four Quadrants. A large space on the floor was divided into four quadrants. A question was asked, for which four different answers were provided, each of them corresponding to one of the quadrants on the floor. People answered by taking place in the quadrant with the answer that was closest to their opinion/feeling. Every round, people shift quadrant and get closer to other participants who share the same answer. The questions posed were: (i) For what reason did you move this morning? (ii) Where did you move to during the day? (iii) With what means did you move? (iv) How do you feel about this movement? Besides being an active way for the group to come together as a whole, the activity also pushed participants to reflect on their own and on others’ attitude and habits concerning urban mobility. The exercise, though, proved challenging for people on a wheelchair, who did not feel comfortable in participating, which also prompted interesting consideration on accessibility. 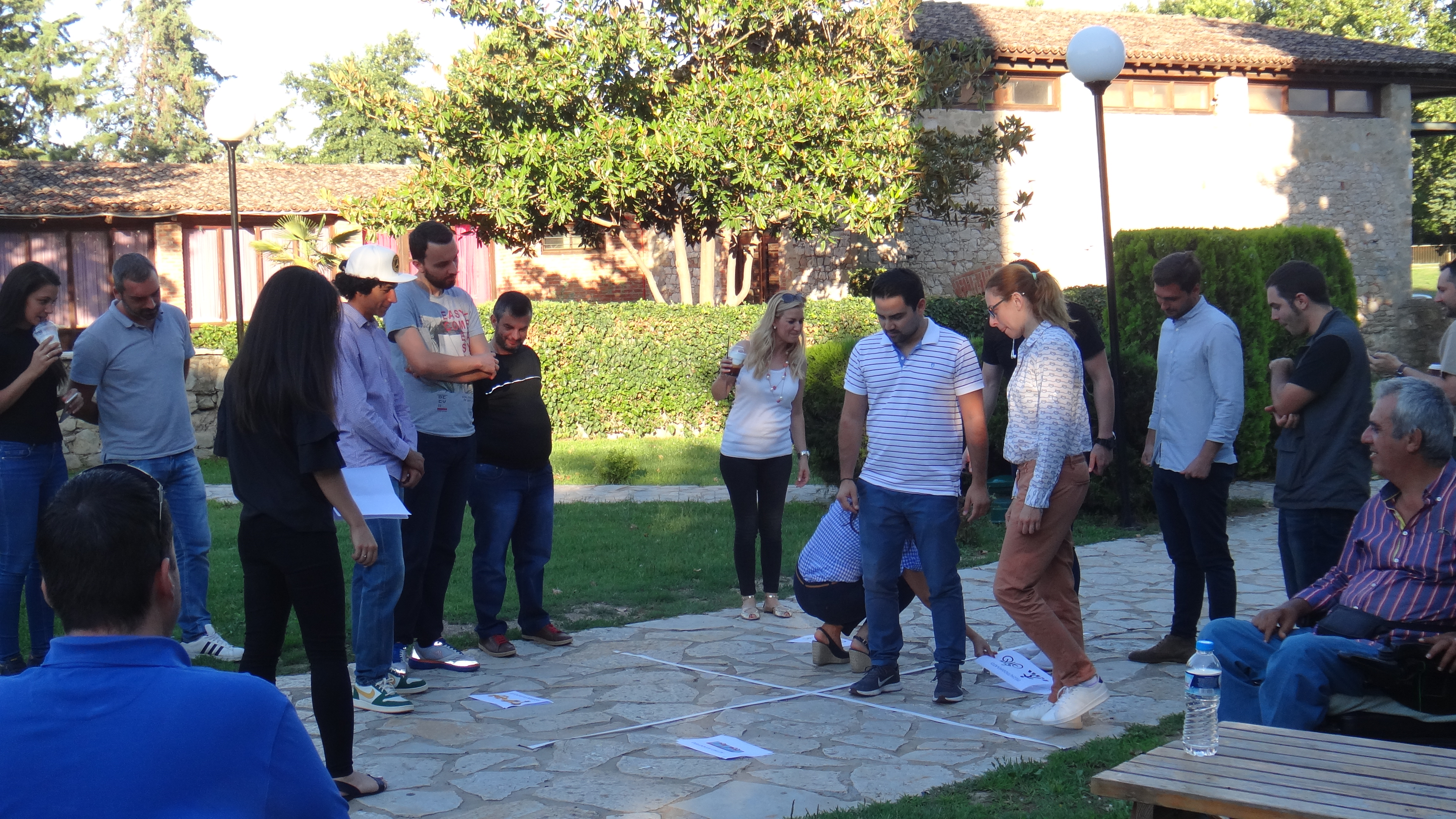 A second exercise consisted in raking ideas on a scoreboard. 18 viable ideas taken from previous activities were presented and subsequently ranked by participants in terms of feasibility, urgency and desirability. 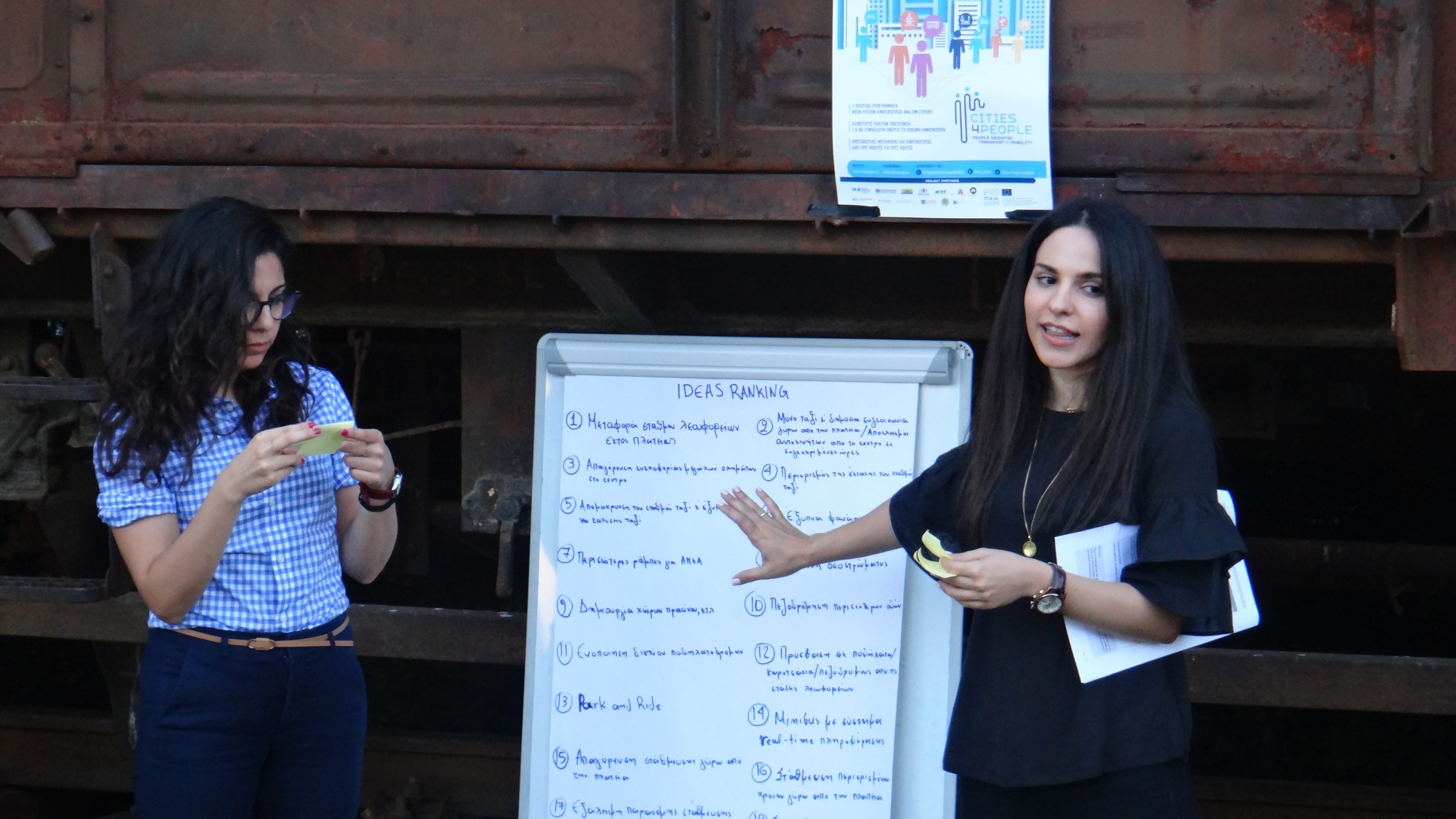 The 5 highest-ranking ones were brought forward: the main group was split into 5 sub-groups and each of them received 2 ideas to further develop by answering some brainstorming questions. After approximately 40 minutes (20 per idea), each group presented the concepts that emerged from the idea development. This created consensus and provoked a wider discussion that informed the work of our local team. And this was the result: 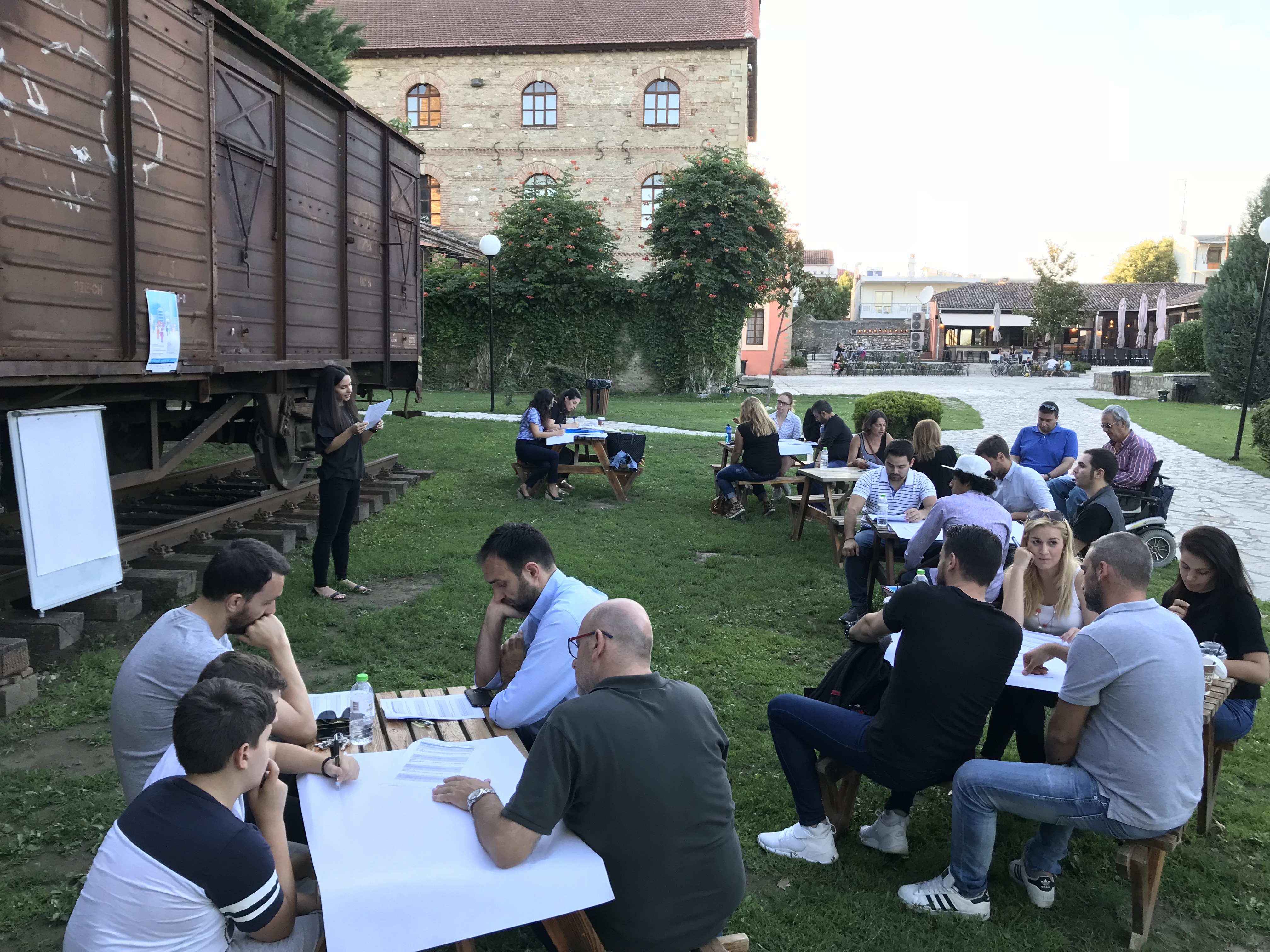 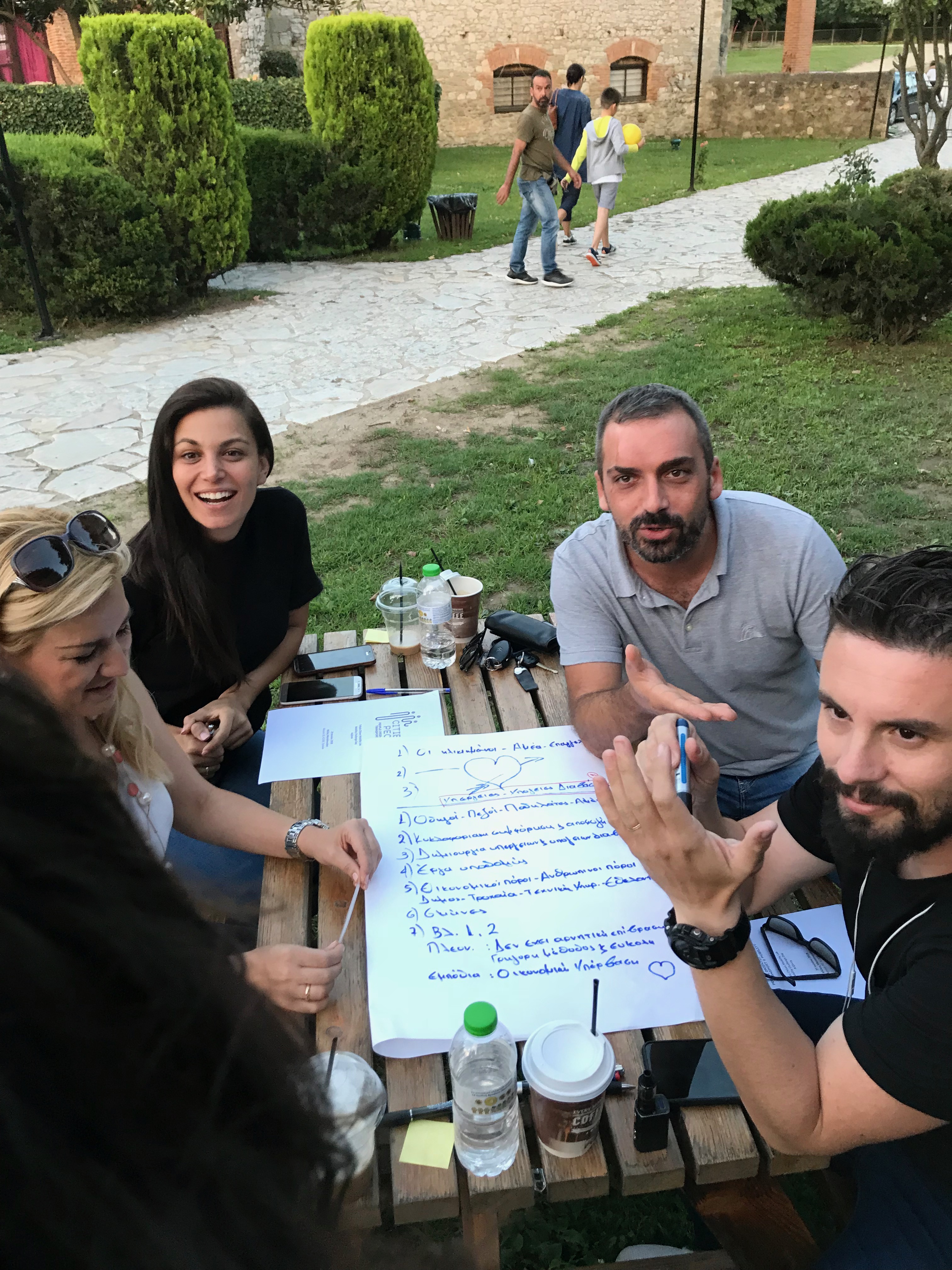 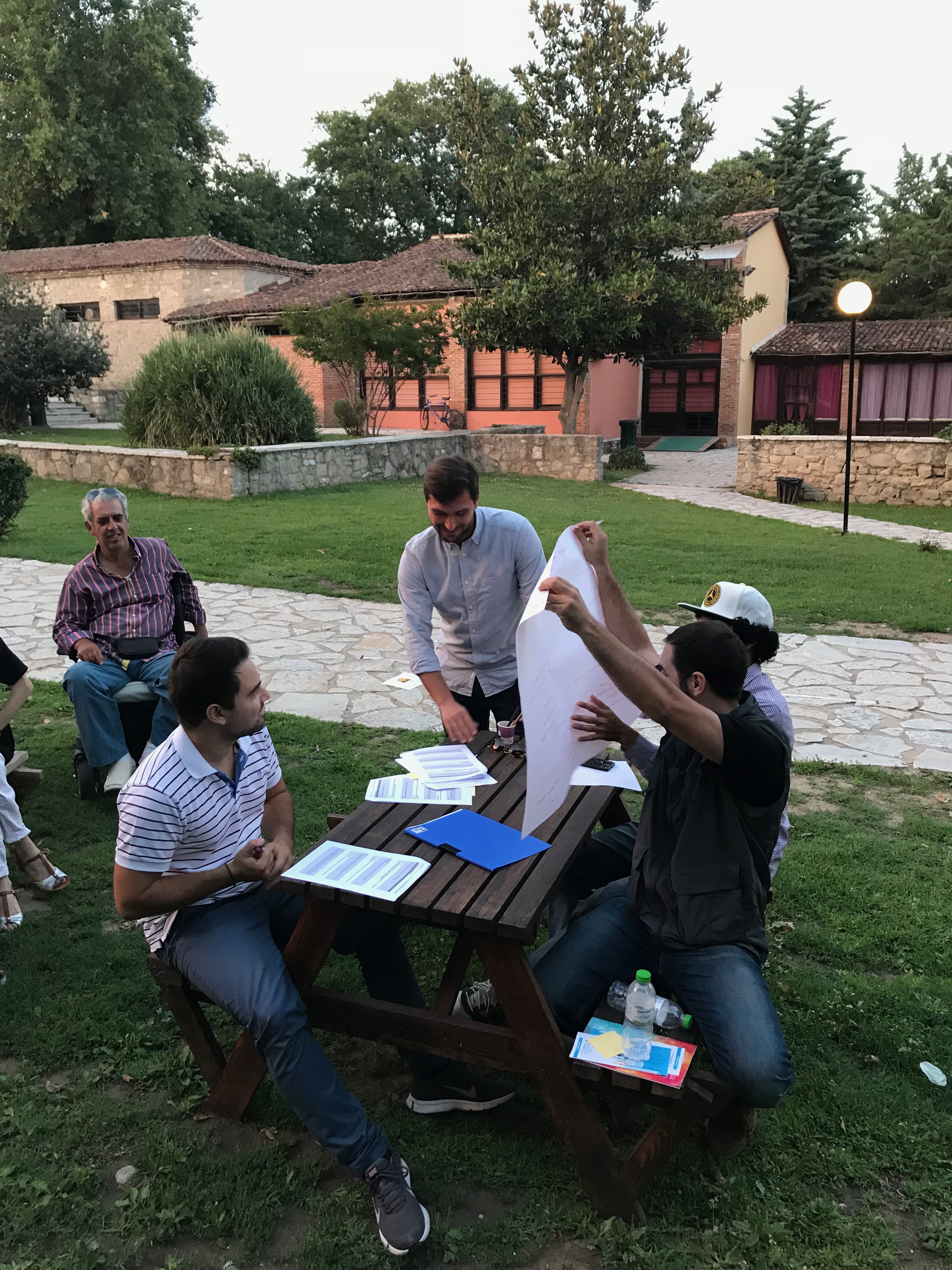