Like all the other pilot areas, the local team in Oxfordshire held a Quadruple Helix Stakeholder (QHS) workshop to finetune the selection of intervention proposals for Barton and narrow it down to 5. The initial selection was done during the Hack Day and entailed 12 concepts, namely:

The event included only a limited number of participants since the team wanted to work with a committed community which was already aware of the project trajectory in order to maximise the feedback and ensure it was relevant to BartOn the Move. Since not all invited people could join the QHS meeting personally, our team took care of organising some pre-meetings to make sure to include their opinion. In these meetings, the 12 concepts were presented to the stakeholders. These were asked to provide feedback on each of the concepts and vote for the 3 concepts they like the most and against the 3 concepts they liked the least. Input was recorded and used to inform the physical meeting with the community.

Moreover, Your Priorities was used as an online tool to gather opinions on the 12 concepts from the extended community between 30 August and 10 September. A brief and accessible description of the concepts were posted with relevant photos. A description of the tool was circulated among the Barton Mobility Community and the broader mobility community 2 weeks prior to the QHS. Users were asked to vote up the 3 ideas they liked the most and vote down the 3 ideas they liked the least, as well as contributing comments in the form of points for and against or opportunities and risks for a given concept. Despite its potential, the online voting tool proved less helpful than the interaction on the day of the event because part of the Barton community does not have access to digital technologies or does not feel comfortable in using them.

Overall, both online and offline, the voting showed a fairly clear delineation between concepts that are popular and those that are not. Concepts with a large number of up votes turned out to be:

The fifth concept ended up being “Partner with local supermarkets to provide transport”. As a matter of fact, the negatives of PickUsUp were pronounced (the heavy burden on volunteers and the lack of a sustainable outcome). While these problems were less pronounced with PickMeUp partnerships, the promotion of PickMeUp as a commercial service was seen as highly problematic for the Local Authority. However, the concept was popular with the Barton Community Association as it directly addresses a real need in the Barton community: providing access to affordable food. Therefore, it was suggested that, rather than to explicitly use PickMeUp to provide the transport, the community could be supported in developing a programme and tendering out the transport aspect to multiple transport providers. A further recommendation was made, notably that ‘PickMeUp’ be removed from concepts (to be replaced by DRT when needed), and interventions be generalised when possible.

Once concepts were selected, stakeholder insight was sought into how these 5 concepts could/would need to be adapted in order to meet stakeholder restraints and increase impact and coverage. Participants were also invited to provide input on what resources are needed and what are available, how the pilot could be measured. This activity was selected because it would be a good way to access stakeholders’ specific knowledge and to increase stakeholder and community buy-in and participation in pilot development and deployment. 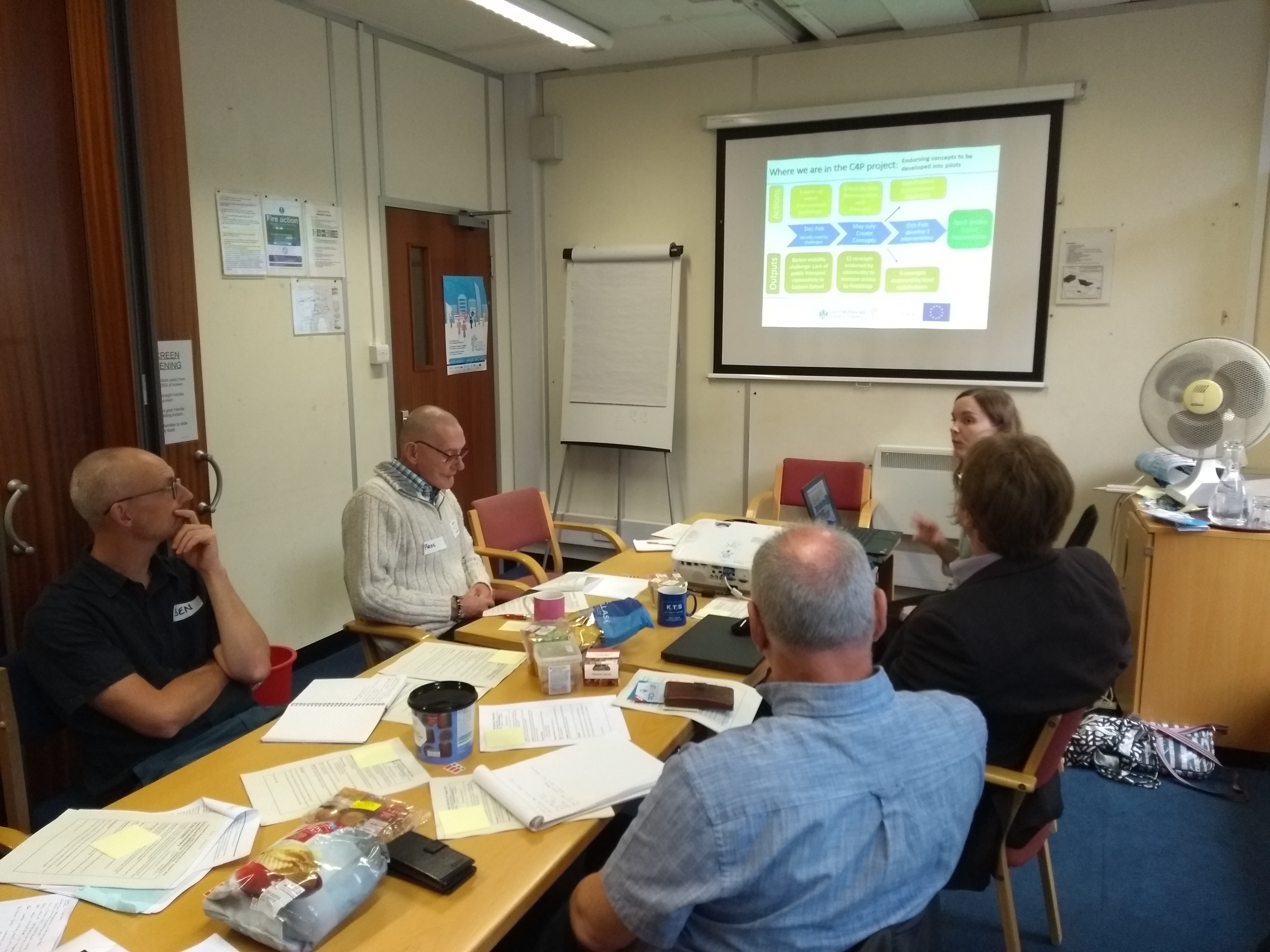 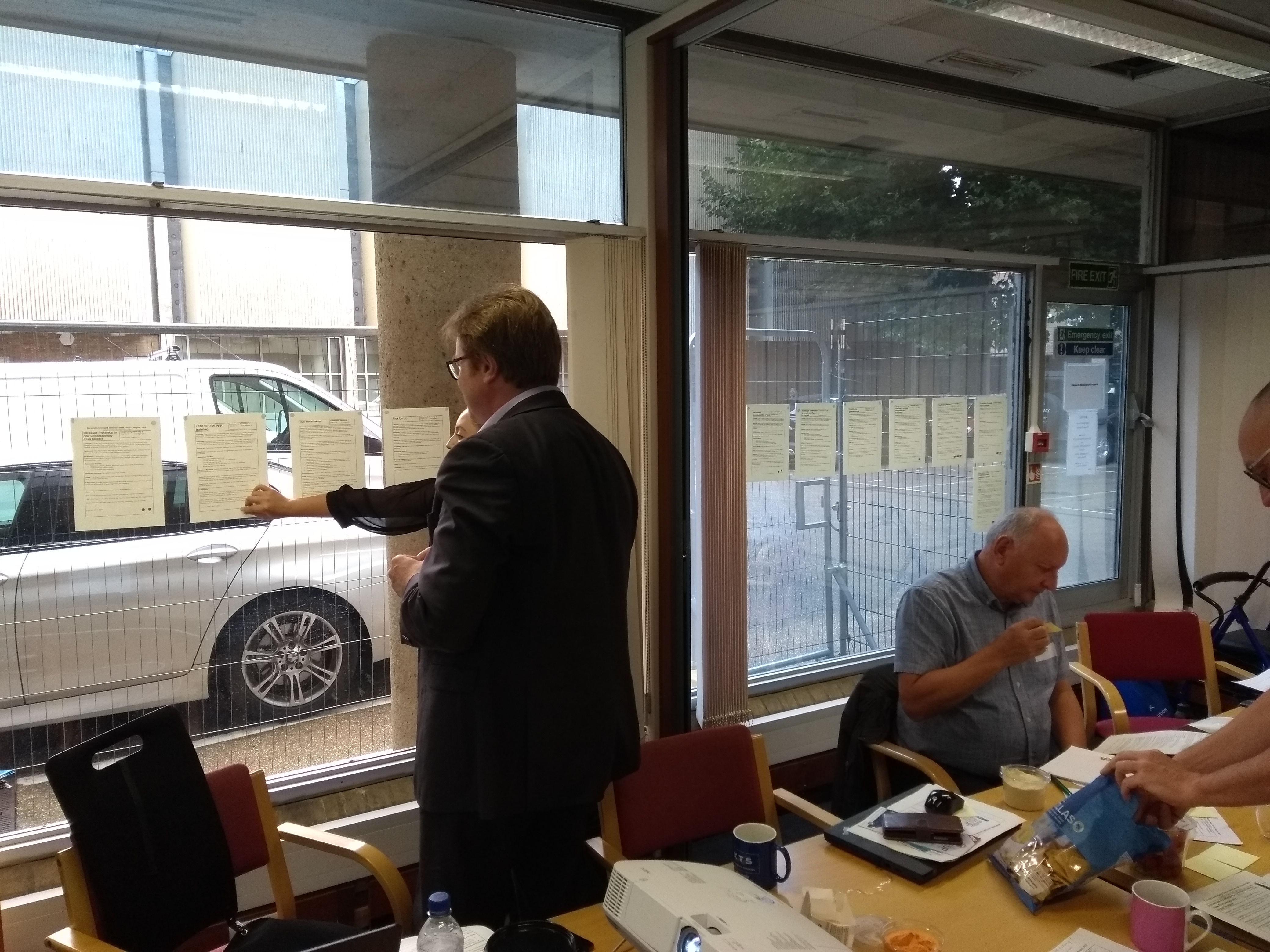 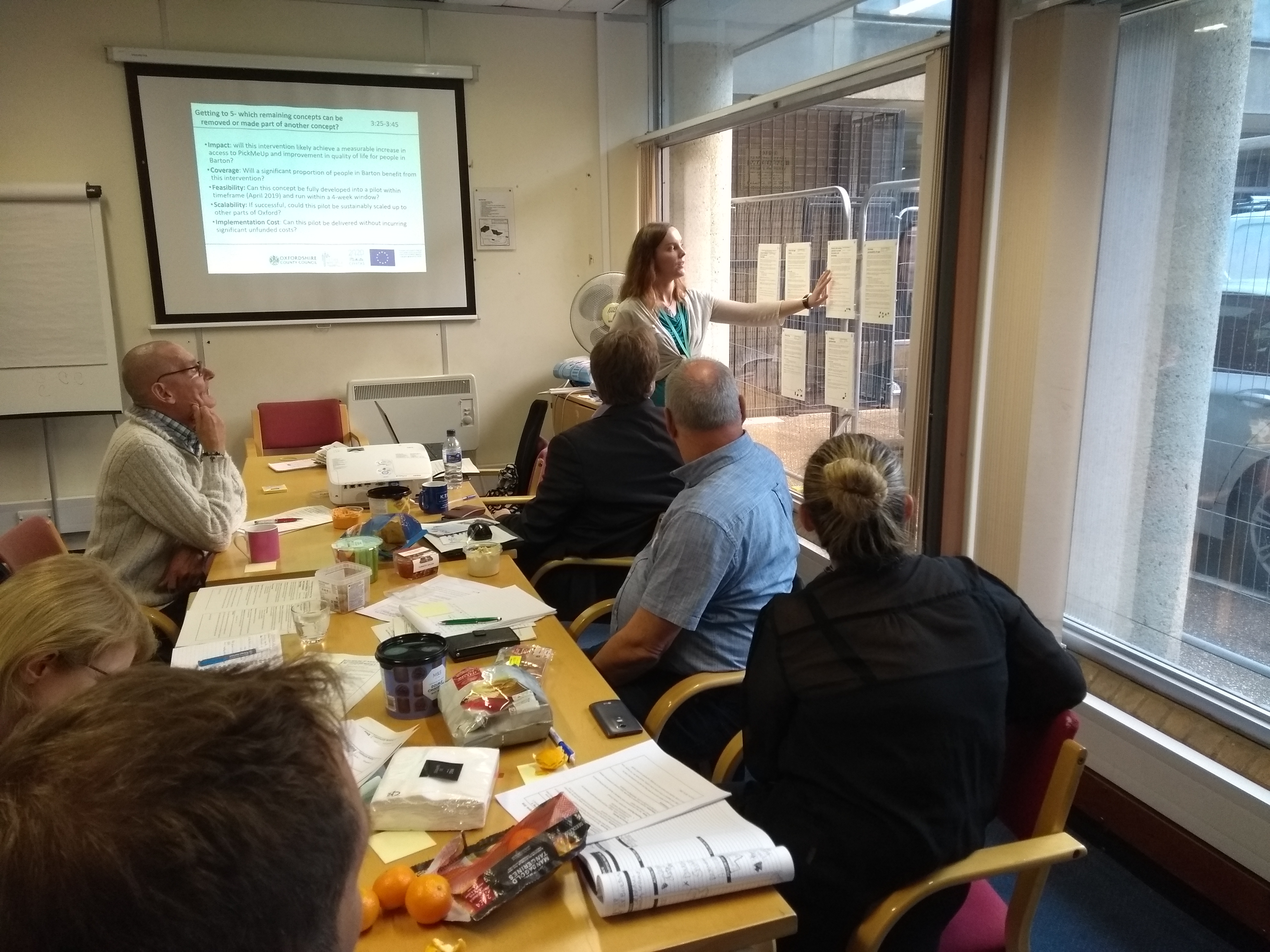 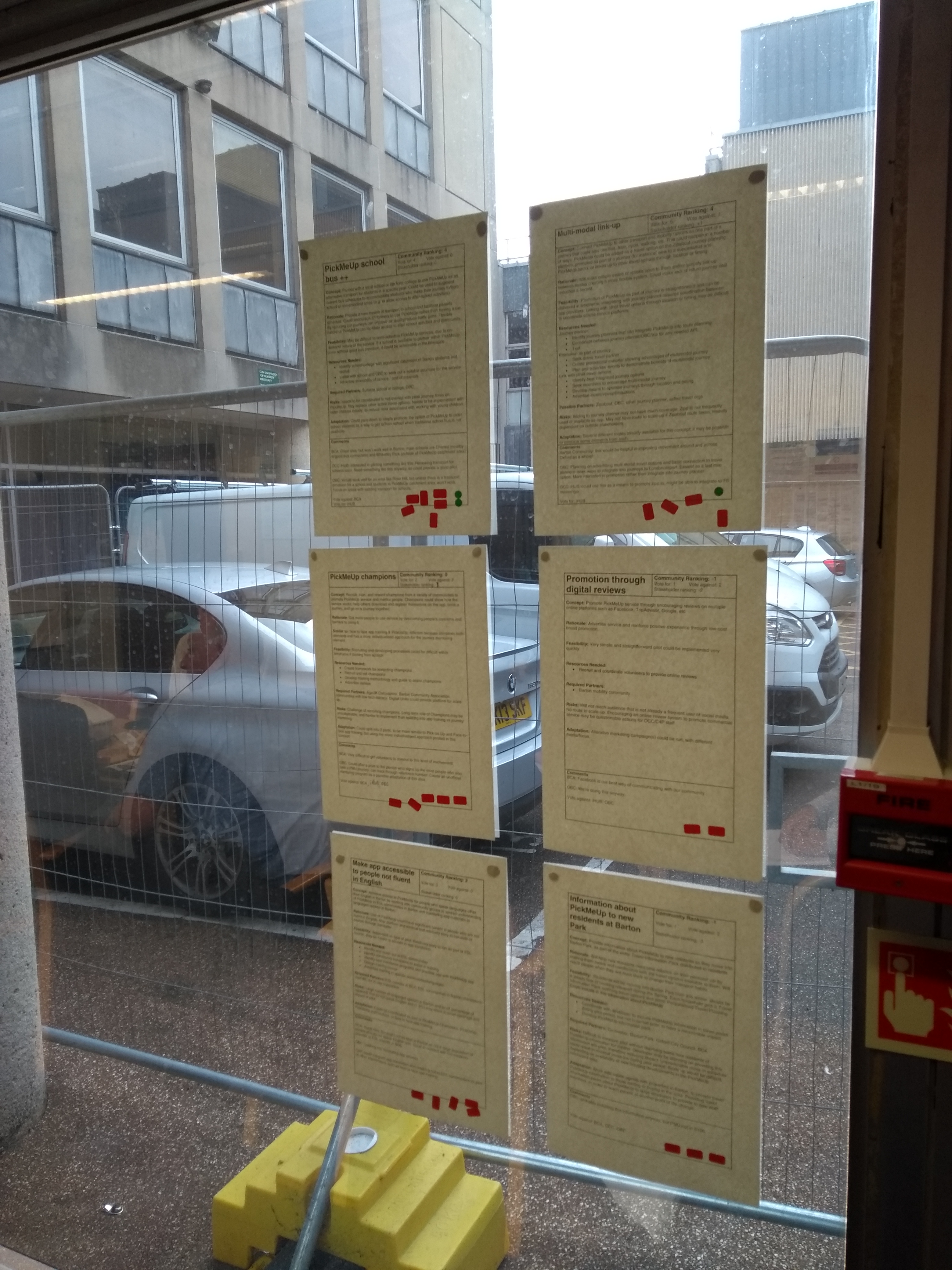