Home The DumaPart: festive launch of the Hungarian Mobility Lab

The opening of the Budapest Citizen Mobility Lab was a feast: from the 2nd to the 5th of May, under the beaming sun, the local team was busy explaining people what the C4P project aims to do and engaging passers-by and curious citizens in brief co-creative sessions and open discussions. Had you been in Budapest during those four days, you would have seen a colourful bus and a stand along the Danube embankment, two of the main features of this first roadshow session of the Citizen Mobility Lab and the following ones. 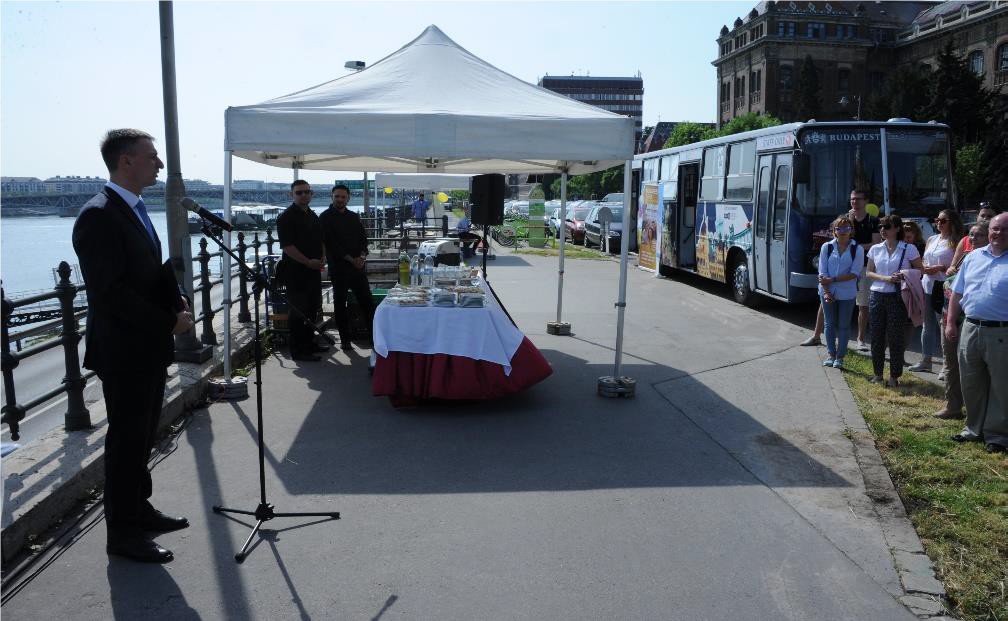 The focus of the first session was on co-creative citizen involvement, but the open discussions at the Lab extended to cover some crucial questions, such as:

Moreover, participants had the chance to be introduced both to the new tram line infrastructure plans for the XI. district (by Mr. Ferenc Friedl, BKK) and to the usage of electric cars (by Ms. Noémi Gáspár-Zsován, KTI). 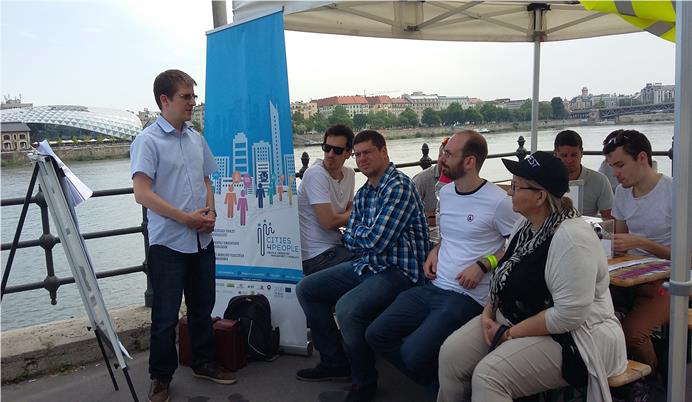 A playful atmosphere characterised the opening day and all activities that followed it. People were invited to try out co-creative tools to generate ideas, among others: 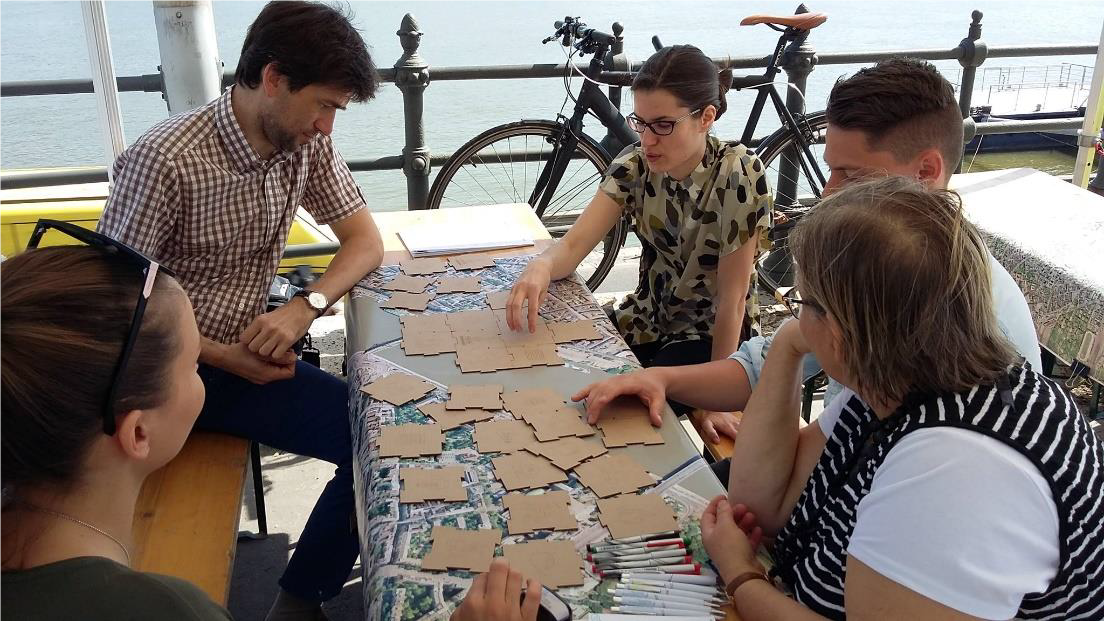 The culmination of the Lab launch was reached on the last day, which coincided with the Danube Regatta. The Regatta is one of the main sport and cultural happenings in the city, especially for universities. The Cities-4-People team took part in it with a large variety of creative tools and managed to reach out to a large group of young people, who showed a strong interest towards the objectives of the project and the challenges of the pilot area.

Over the course of the event, 193 questionnaires were filled in and 74 individual ideas were collected in response to the 10 questions developed by the Cities-4-People Budapest team. Most of the respondents agreed on the need to reduce the car traffic in the area, improve the infrastructure for bikes and pedestrians and increase the areas with green and recreation spaces. Several people mentioned the possibility of creating more sporting facilities to promote an active lifestyle. Some others went as far as to suggest floating cultural spaces on the river or underground garages. The issue of parking slots remains challenging though: 20% of the respondents stated that they are too many and should be reduced, while 20% said the number is not sufficient and should be increased.

More events will be organised over and after the summer to further develop these ideas, transform them into concepts and have three of them piloted. A second roadshow is planned for the 6 and 7 June: save the date! Additional appointments will be advertised in due time on our social media and on the website. Don’t forget to check them out!