Home It’s not the end, it’s just the beginning

3 years and a half later, Cities-4-People’s journey comes to a conclusion. The end of the project does not however coincide with the end of the opportunities it has launched. Cities-4-People’s long-lasting impact is already visible in the pilot actions that have been adopted permanently. Below is an overview of these (check all initiatives here):

The standard and cargo bike parking racks that were set up in Altona are now permanent installations and will remain free for public use. 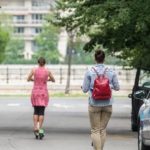 The Mobility Point Network established at various locations in the 11th district of Budapest will keep on offering public transport opportunities and sustainable shared mobility options.

Furthermore, during the first half of 2021, an 86-station based comprehensive micromobility point network will be established in the 6th district of Budapest. 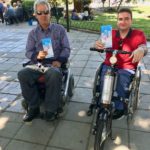 The free secured storage lockers at the Municipality’s Infopoint in the central square of Trikala will continue to exist. 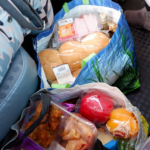 Plans to make the pilot ‘Thornhill Connector’ Transport to Supermarkets service permanent were put on hold at the start of the pandemic due to issues around physical distancing. However, the strong demand for such a service has led to the decision of revising plans for a permanent service once COVID-19 transmission risks are reduced.

Meanwhile, in Barton, the demand for mobile device training identified in Cities-4-People pilots has led to the re-institution of a ‘Gadget Group’ aiming to offer free support with technology to the residents of Barton.

Finally, the piloting of a community-based rural DRT service has led to the formulation of a proposal for a DRT software that can be used by small communities to operate their own community-run DRT service. Funding is awaiting approval. 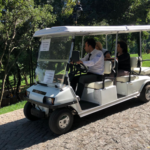 Üsküdar launched the free usage of two open electric cars in the public park of Nakkaştepe Millet Bahçesi. As the intervention is highly favoured by the citizens, the service was made permanent.

Furthermore, the project has had a resonance beyond its 5 pilot areas. For instance, Cities-4-People’s presentation at the PUC-Rio de Janeiro University led to a collaboration which will result in the publication of a book (Composing Cities, 2021) co-edited and featuring an article by Isabel Froes, Post-Doc at CBS. Isabel’s chapter will present aspects of Urban Prototyping in Urban Spaces as one of the methods to help develop Smart Cities, and using Cities-4-People interventions as the example cases.